Franz Schubert had two approaches to the violin – one a particularly virtuosic and fiendish style which evolved from his earliest orchestral works through to his late G major String Quartet. The other, more subtle, using a narrower range of notes, avoiding the extremes, is found in these Sonatas of 1816, which perfectly balance the violin and piano in technically and musically concise forms. Their concision led publisher Anton Diabelli to call them ‘Sonatinas’ and they have been known as such for 200 years: a misnomer that is an injustice to these fascinating and wonderfully poised works.

Read more here about this project.

'I knew at the outset that Peter Sheppard Skærved and Julian Perkins had found the essence of this music and greatly enjoyed playing it. They have a wonderful intimacy and informality. They find things in the music that elude everyone else, and their interpretive decisions invariably feel valid. The intimate, warm recorded sound is perfect for these performances.'

'‘Blurtext’, not urtext – a fascinating and stylish approach to the score... The exemplary recording replicates well the intimacy and delicately subtle nuances of the music making.'

'The playing by both mu­sicians is exemplary. Had the artists “merely” rendered the music as printed, I think this disc would merit attention. But the adventurous path they actually traveled makes this a very special recording... This Schubert disc is a fine achievement, and one I am delighted to recommend.'

'...Skærved and Perkins let the music do the talking, and it speaks confidently and compellingly.'

'...Much thought, care and affection has gone into this project… a CD that deserves the attention of anyone interested in historical instruments and an intelligent approach to playing them.'

'Skærved always excels not only in his playing but also in his exploration of and critical approach to the original musical sources, and this CD is no different. Some interesting choices on repeats and frequent moments of surprise… a clear sense of period style is always present.'

Music for piano four hands, involving two players at a single keyboard, was a 19th-century way of bringing the grandeur of the symphony and the opera into living rooms. Performed here on period instruments by Julian Perkins and Emma Abbate, these pieces capture to perfection the genre’s cheerful intimacy and operatic flair.

Read more here about this project.

'Julian Perkins and Emma Abbate play with a fine sense of cohesion, the two pairs of hands balanced perfectly in tone and volume. The two period pianos add a much-needed sense of the sound of the period, allowing a sensitivity of touch and articulation. Incidentally, they are an excellent example of musicians surviving coronavirus lockdown with an enterprising series of on-line live streams from their home...'

'The use of a fortepiano brings a whole range of colour and timbres to the music, and as ever with Weber, his music responds to the clarity and sparkle which period instruments and style brings. And in the Allegro of the Opus 60 pieces, we even get to hear the Graf piano's delightful bassoon stop (I kid you not!)... Sitting two abreast at a fortepiano is a very intimate experience and here Julian Perkins and Emma Abbate sound as if they are enjoying themselves. They play the music with real affection, and with a lovely sense of friendship and connection with the music.'

Among Mozart’s lesser-known compositions, his keyboard duets span most of his active life; the earliest was written when he was nine. Often delightful and lyrical as well as humorous and exciting, these works are given an authentic air on period instruments. On this first volume are duets in D major K 381, C major K 521, and B-flat major K 358. Also included is a duet by Johann Christian Bach, with whom the infant Mozart is alleged to have played keyboard duets whilst sitting on the older composer's lap.

The two original instruments used on this recording form part of the Richard Burnett Collection of Historical Keyboard Instruments: a grand fortepiano by Johann Fritz (Vienna, c1815) and a travelling piano by Anton Walter (Vienna, c1805). This album, the final recording made at Finchcocks Musical Museum, was featured on BBC Radio 3.

Audio samples and booklet are available at Resonus Classics

'The first impression you'll have by listening to this marvellous series of CD Albums by Julian Perkins and Emma Abbate is the absolute charming beauty of their cantabiles and the authentic brilliant and lively Mozartian verve and spirit which breathes from every note. Their singing and almost operatic style of playing these works 4-hands is finely endowed with a joyous sprezzatura, which this kind of music always always requires, to be correctly performed.

Moreover you will really enjoy the fine and delicious variations created by the two pianists at any ritornello. An art this even more appreciated, since, even though the two performers correctly never go too far, it gives a fine and vivid hint of what probably was the actual lively and a bit free performance practice, during the music gatherings of Mozart and his friends.'

'Julian Perkins & Emma Abbate play with a delightful sense of the often playful quality of these pieces, revelling in the power and vitality of the faster Italianate movements as well as the gentler central slow movements, notably in the beautifully lyrical Adagio from the concluding Sonata in B-flat, played with impressive sensitivity. Their ability to play in perfect time together is exemplary – apart from the much richer sound of the pianos, it is difficult to appreciate that two people are playing, rather than just one. For an insight into the lesser-known side of Mozart’s playing and compositional life, this is thoroughly recommended. It is also a timely recognition of the work of Richard and Katrina Burnett over the past 45 years in creating such an important musical instrument museum at Finchcocks.'

'Successful piano duet playing places particular demands on the performers and here the two pianists are working very well together. This is a programme of more substantive works written for this particular genre. As well as the Sonatas in C major, D major & Bb major the programme also includes Johann Christoph Bach’s two movement Sonata in A major. A second volume, also on period instruments, is to follow.'

'...excellent in all respects. The Fritz piano has full and gracious tonal qualities generously exploited by Julian Perkins (who plays primo throughout) and Emma Abbate, who especially relish exploiting the colours produced by the many imitative exchanges Mozart gives the players. Cantabile Mozartian lines are also beautifully drawn; listen for example to Perkins’ playing of the principal theme of the exquisitely lovely Adagio of K358, the kind of writing that would soon be finding its way into the central movements of the piano concertos. Both players are also untroubled by greater technical demands of K521, the big episode of the central Andante opening out to glorious blossom under the hands of Perkins and Abbate. The square piano on which the little J. C. Bach sonata is played is obviously a more modest instrument, but it has an attractively wheezy bass and the two-movement sonata, consisting of an Allegretto in the fashionable sentimental style and a breezy minuet, is ideal for this repertoire.

It is worth adding that all repeats are taken, allowing the performers ample opportunity to add ornamentation, which is always tastefully and not infrequently wittily added. The sound is a little close, but very much in line with what I remember as ‘the Finchcocks sound’. I await volume 2 with considerable anticipation.'

From 1971 to 2015, the Finchcocks Musical Museum near Goudhurst in Kent was home to a collection of over 100 keyboard instruments plus related artefacts. The instruments ranged from harpsichords, virginals and clavichords to cottage pianos, early grand pianos and barrel organs. Set in an Arcadian oasis, Finchcocks put on thousands of varied events and was a global mecca for both the curious uninitiated and the touring virtuoso. The Finchcocks Charity for Musical Education, founded in 1984, retains a core collection of fourteen instruments from the Richard Burnett Heritage Collection of Early Keyboard Instruments (Julian Perkins and Emma Abbate used two of these instruments for the first volume of their recording of Mozart’s piano duets). The charity will continue to sponsor research projects and to work with students, with a particular – and much-needed – focus on training a new generation of early keyboard instrument restorers, tuners and technicians. Emma Abbate and Julian Perkins are honoured to be playing a part in the charity’s future. 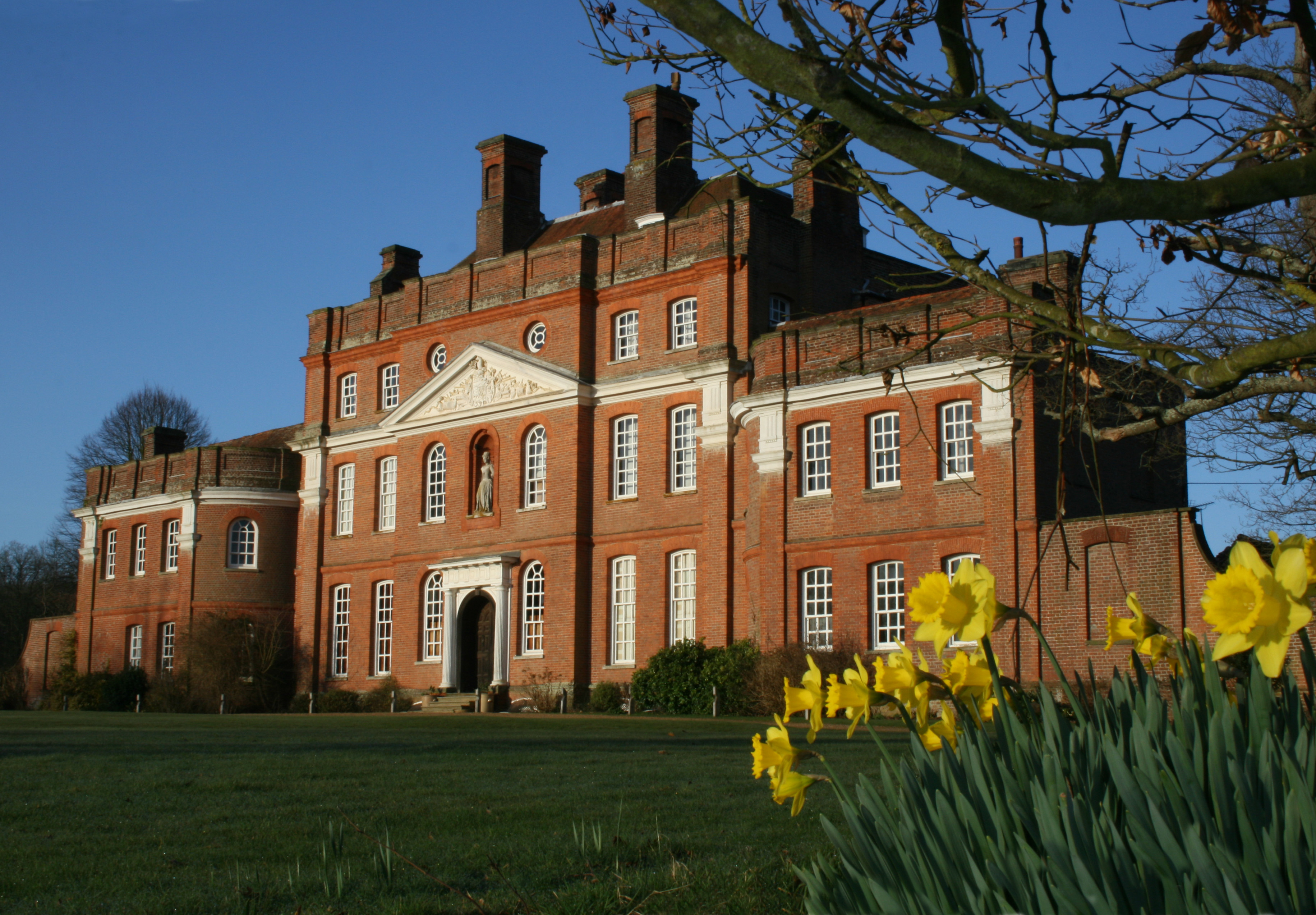 I first came to Finchcocks aged twelve and, like innumerable visitors, was enthralled by the veritable menagerie of instruments on which one could actually play at this living museum. Never a fusty institution, Finchcocks always encouraged active participation, and I clearly remember once indulging in far too much hearty food in their Cellar Restaurant before playing the recorder in the annual ‘Young Performers Recital’! A regular guest at Open Days, I will always be grateful to Finchcocks for nurturing my passion for original keyboard instruments. I wrote an article about Finchcocks and the indefatigable Richard and Katrina Burnett for the magazine Early Music Today in 2006, and introduced Emma Abbate to the wayward delights of early keyboards when we performed at Finchcocks on a Clementi square piano in 2007 – our first concert together.

The recording that I made of Mozart’s piano duets with Emma Abbate in November 2015 was the last to be made at Finchcocks. I speak for a host of musicians and music lovers in expressing relief that the sale of this Georgian ‘mini-mansion’ is not by any means the end of the story, but rather the end of a remarkable chapter. 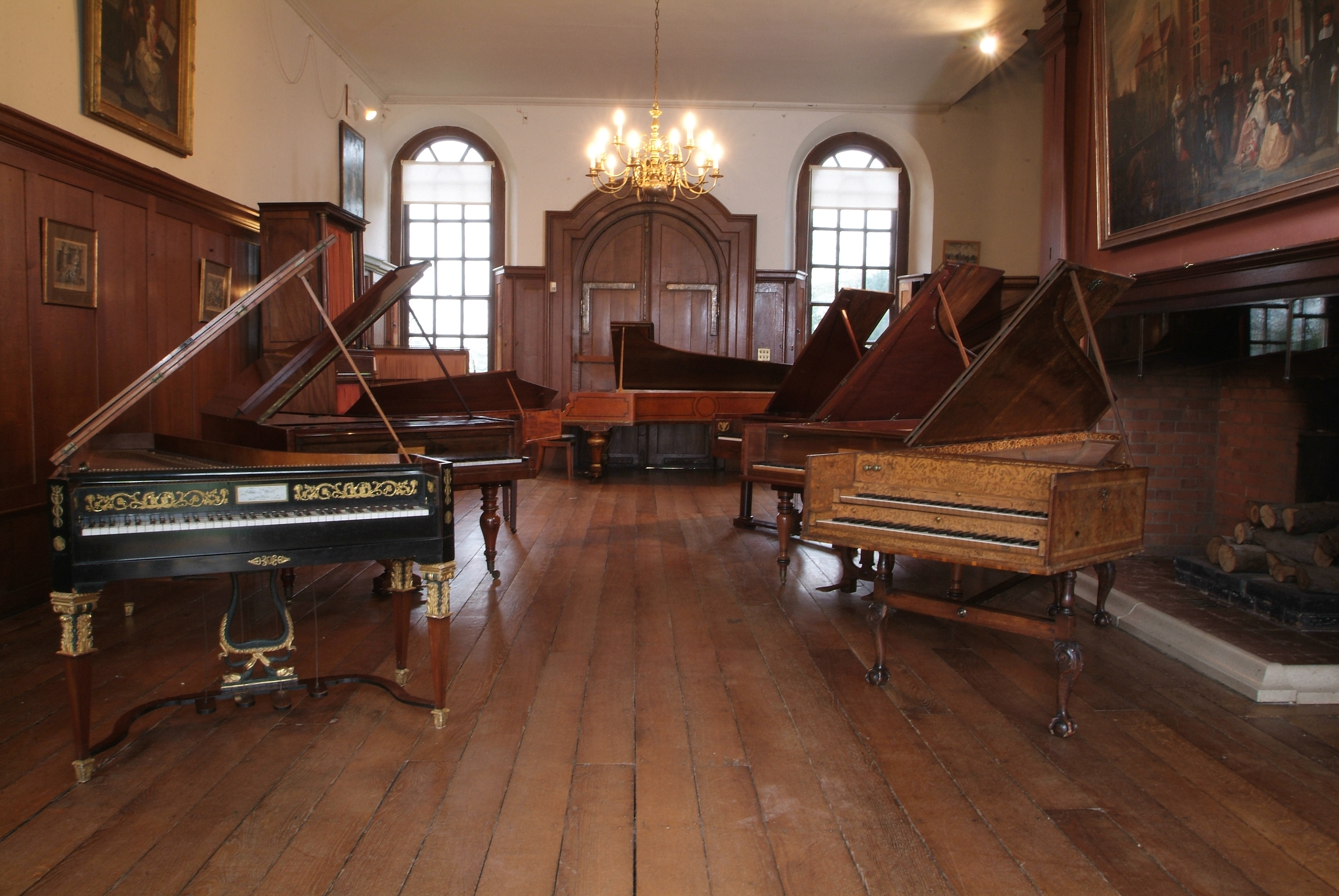 The Great Hall at Finchcocks, in which Emma Abbate and Julian Perkins made their recording.
Photo: Geoffrey Partner

This recording is performed on two period instruments from the Richard Burnett Collection of Historical Keyboard Instruments: a grand piano by Michael Rosenberger from c1800 and a square piano from the 1820s by London’s Clementi & Co.

Audio samples and booklet are available at Resonus Classics.

'One incomplete (finished by Robert Levin), two complete Mozart Sonatas and one by Clementi, all stylishly played on a Rosenberger fortepiano and Clementi & Co square piano.'

'Emma Abbate and Julian Perkins play with an excellent sense of consort, making it difficult to believe that there are two people playing.'

'The stylish, fluent performances maintain the high level attained in the first disc. ...such thoroughly rewarding and sympathetic playing.'

'A feature that I am particularly glad to observe is the inclusion, in each programme, of a well-integrated cadenza from Clementi's Musical Characteristics... This is very fine duet-playing, which demonstrates how well-crafted Mozart's four-hand sonatas are: they are worthy to be considered alongside his solo piano sonatas.'

The Consort – The Dolmetsch Foundation

'Julian Perkins and Emma Abbate perfectly master all the technical and mechanical characteristics of the historical pianos used for these recordings, so that they are capable of achieving those peculiar suggestive tones and that peculiar warmth and softness and delicacy of sound ...The Mozartian interpretation given by the duo Perkins-Abbate can well be seen within that glorious tradition of a few great Mozart interpreters such as Edwin Fischer and Alicia de Larrocha. ...This beautiful Series of CD Albums will make you appreciate, one more time, some beautiful masterpieces by Mozart, J.C. Bach and Clementi, from their very special convivial or Geselligkeit repertoire, and probably, thanks to the two brilliant interpreters and their fine choices, in the most authentic soirée atmosphere possible.'